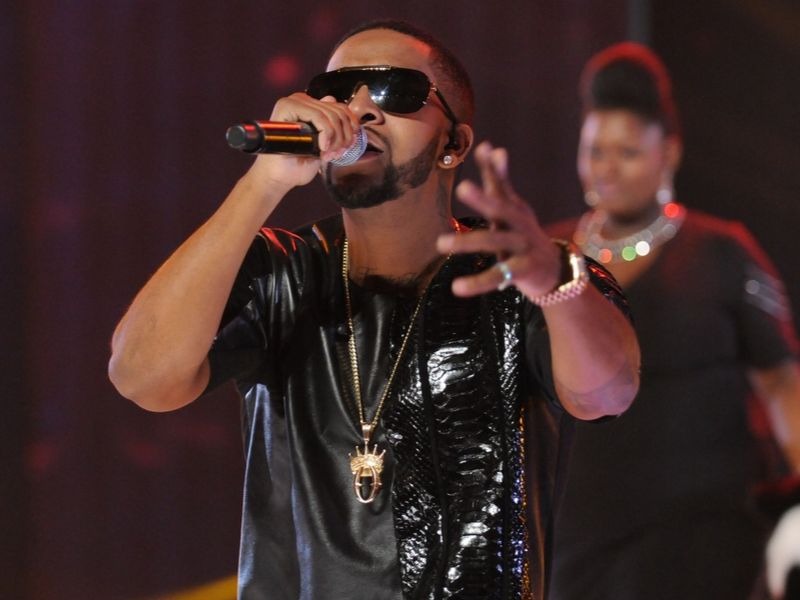 Yesterday (November 26th), Omarion announced the Millennium Tour 2020: Face Off tour — without B2K. Instead of the band, he will be joined Bow Wow, Soulja Boy, Pretty Ricky, Lloyd, Ying Yang Twins, and Sammie.

The official tour dates will be announced on Monday, December 2nd.

O tweeted, “2020 is my 20th year entertaining. Blood, Sweat & Tears. Always giving you the best that I got. Thank you for growing with me.”

Of course social media got a kick out of the announcement, especially because yesterday (November 26th) was Lil Fizz's 25th birthday. Lil Fizz is currently dating Omarion's ex Apryl Jones.

Of course, Lil Fizz didn't have anything to say about the tour, but J-Boog took to social media to congratulate all of the acts on the tour. He wrote on IG, “Congrats to my guys on this tour. Get to the bag. I’ll be at the LA show @omarion @iamspectacular @pleasurep @babybluewhoaaaa … @sammiealways it’s yo time I want to see this show you bout to put on. @shadmoss welcome back like old times. Happy for you. Lock in and give these ppl what they deserve. In the words of Boogie 'Let’s kill these muf*ckas' lol.”

Raz B told The Shaderoom that he is “falling back at this time,” and “congratulations to the fellas of round 2” adding, “Omarion is my brother and he deserves the world. Love Mario”.

Lil Fizz's baby mama, Love & Hip-Hop: Hollywood star Moniece Slaughter reacted by photoshopping her pic on the tour flyer alongside Omarion. She said, “I'm in tears 😭 this sh*t has turned into the petty Olympics.”

Mark Wahlberg Is Allergic to Almost Everything
Industry News: Netflix, The Queen, ViacomCBS and More!
Beyonce Accused Of Appropriating African Culture For ‘Black Is King’
Essence Responds to Allegations of Sexual Harassment, Intimidation and Pay Inequity
Colorado Cops Placed On Paid Leave After Taking Photos Re Enacting The Chokehold Of Elijah McClain
John Legend, Lady A To Perform At Macy’s 4th Of July Fireworks Spectacular