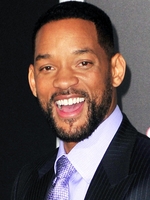 It was announced earlier this week that Will Smith was going to play Richard Williams — the father of Serena and Venus Williams in an upcoming film — and people are not really feeling the idea.  People took to social media to complain because Will isnt dark skinned.

Sports writer Clarence Hill Jr. hopped on Twitter and sparked the colorism debate, tweeting that there are "other black actors for the role."

One person wrote, "Obviously nothing against Will Smith, but why is he playing Venus and Serena's Father?? Yes, the man can act but for the love of God there are dark-skinned Black men that can act too.  They can get one these men to do it  or maybe even give an unknown actor a shot."

Another wrote, "Why is he always cast in roles portraying dark skin men like there aren’t tons of black actors that would make more sense for the role?"

@LouisGossettJr defended Will Smith, saying, "Will is brilliant enough to play any character he wants. Just like other actors. I am excited to see how he does it."

@TrillaTrilla tweeted: "Why couldn’t they get someone like Idris Alba to play Venus’ and Serena’s dad in the upcoming movie? Why are they whitewashing the dad with Will Smith. 🌚 colourism is constantly subconsciously fed to us and we just eat it up…"
@futile tweeted: "was mahershala not available or any other darker skinned male actor ever??"
@Monica tweeted: "You have got to be kidding, Will Smith is not black enough to play a black man? Do you not see how wrong and racist this statement is???🙄."

Alec Baldwin Not Worried About Charges In ‘Rust’ Shooting
Michael J. Fox Doesn’t Think There Will Be A Cure For Parkinsons In His Lifetime
Hollywood Quick Hits: Wendy Williams, Michael B. Jordan & More!
Police Get Tip About Live Ammo From The Father Of ‘Rust’ Armorer
There’s A Petition To Stop Will & Jada From Speaking On Their Marriage
Adam McKay Explains Rift With Will Ferrell