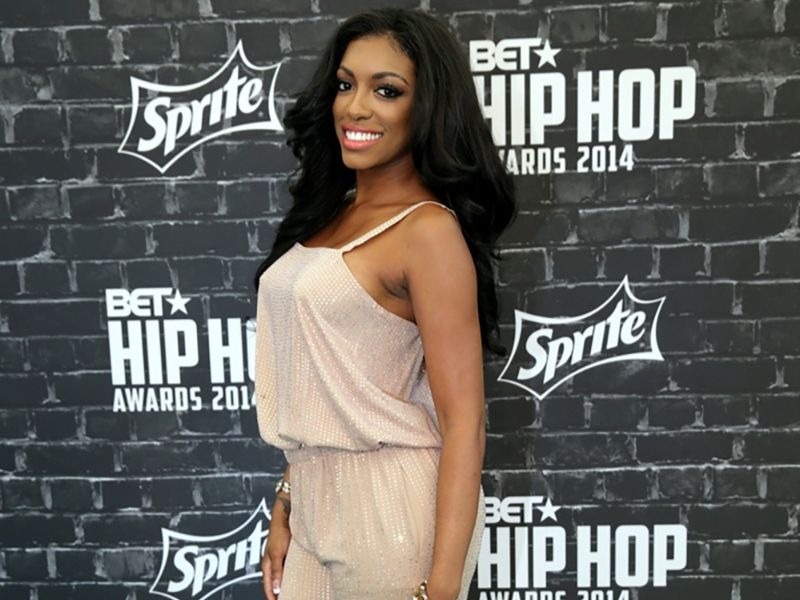 During Bravo's After Show, Porsha Williams threw some shade at Kenya Moore over her “strippergate” antics. On the last episode of RHOA, Kenya made it her business to try to figure out whether or not any of her castmates slept with stripper Bolo after Cynthia's bachelorette party. She later insinuated that Porsha and Tanya allegedly slept with Bolo.

Porsha said that Kenya has been trying to get under her skin the entire season. She explained, “She had been doing things to pick at me. I started feeling little stings here and there that I wasn’t really reacting to, so I think by that time she was like, ‘Oh this will be the thing!’ This will be the thing that I’ll be able to get her to react or maybe just even get me to engage because honestly, I had not really engaged with her.”

She continued, “So by the time this happened and the girls explained it to me the way she was laying it out, I was like, ‘Okay here we go!’ This is where she wants her finale to happen and I’m not gonna give it to her. But I understood how Tanya felt because it’s been years of me dealing with Kenya to get to this space, so I couldn’t really judge the fact that Tanya was upset about her lying on her like that. I had to just let her be pissed about it, I had to let her have her natural reaction to somebody making up something and telling the girls.”

She added, “She just does not affect me, it’s literally like a bubble around me, and her negativity does not affect me. And so I just kind of felt like in the past I’ve always given her the power, I’ve given her the energy I’ve decided to engage and there’s nothing but negativity there. I would not have such a smooth forehead and a round a** if I was as miserable as Kenya and that is why she has lumps and that is why her mouth is twisted and you can drive the bus we were on through the dents in her butt and in her face. You know so for me I’d just rather have my smile lines go up than to be dealing with negativity in my life.”