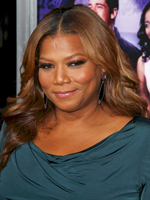 PRPhotos.com
Posted on March 6, 2019 by Pulse of Radio

Queen Latifah is Team Jussie Smollett! The actress says that until she sees some definitive proof, she is choosing to believe Jussie. As previously reported, the Empire star is being accused of staging a hate crime. Queen Latifah told Page Six, “The guy I’ve seen has always been someone who cares about people, who cares about others, and who’s very kind and who’s always been cool and sweet."

She continued, “And that’s just the guy I know. So until I can see some definitive proof — which I haven’t seen yet — then, you know, I gotta go with him until I see otherwise.”

Meanwhile, Robin Roberts also opened up about her interview with Smollett on Goodmorning America a couple of weeks ago. She said, “I’ll be completely honest, I was like I don’t know if I want to do the interview or not, “I said, ‘I don’t want to sit down with him if he’s going to lawyer up.’” And then I was told, ‘He wants to speak with you,’ [because] he was outraged by people making assumptions about whether it had happened or not.”

Roberts revealed that the interview started two and a half hours later. She said, “I sit down with him, and I don’t know what he’s going to say. Following up [about how] he couldn’t believe people didn’t believe him, well I go, ‘You’re out 2 o’clock in the morning, you’re getting a sandwich, [and] you won’t give up your phone.’”

She continued “People are looking at the interview through the eyes of ‘How did you not know?’ I did the interview 48 hours before then. Had I had that information or [knew] what the brothers were alleging, heck yeah, I would have asked him about that. I pride myself in being fair, I know how much work went into being balanced about what had happened and to challenge him on certain things."