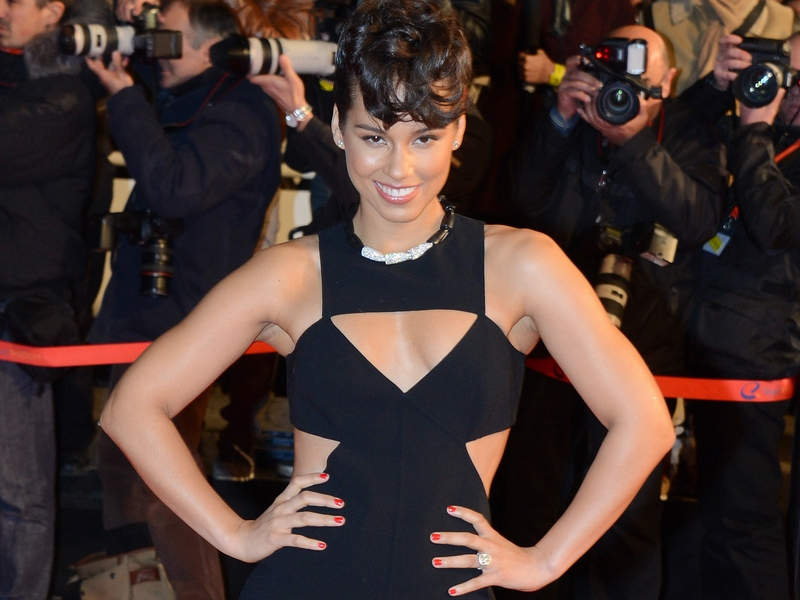 JILL SCOTT AND ERYKAH BADU'S VERZUZ BATTLE LED TO A JILL SCOTT COLLABORATION ON ALICIA KEYS' ALBUM: Alicia Keys' new album ALICIA is due out this Friday (September 18th) and Alicia revealed in an interview with Zane Lowe that Jill Scott and Erykah Badu's VERZUZ battle led to Jill being on her new album.  Alicia said that she loved the VERZUZ battle so much that she had her husband Swizz get her on the phone with Jill and they talked about collaborating. While she was completing her album, she was in the studio with her husband working on a song that sounded like some "Jill Scott sh*t."She continued, "And I start pretending to be Jill Scott…. And I put it down, and he’s like, ‘Ooh. Send it to her. Send it to her right now,'” When her engineer asked what she wanted to name the track, Alicia said, "Call it Jill Scott. Because I don’t want to forget."Jill received the track and completed it. Alicia said, "And so then, we’re at the remastering, ‘Are we calling this ‘Jill Scott,’ featuring Jill Scott?’ I was like, ‘Definitely.'”

SWIZZ BEATZ DRAGGED AFTER SAYING JANET JACKSON COULDN'T COMPETE WITH MISSY ELLIOTT IN A VERZUZ BATTLE:  Swizz Beatz was dragged on social media after he made a comment about Janet Jackson and Missy Elliott. An old IG Live featuring Swizz Beatz and Timbaland discussing potential matchups for Missy Elliott. Timbaland said Janet Jackson's vault is too big and Swizz said, “Missy can be multiple people. Janet just gonna be Janet.” After Swizzy started trending and was being dragged on social media, he clarified his statement, saying, “LETS BE CLEAR. I don’t think Missy & Janet is a good match up at all! Much love to Janet she’s ICON but I just didn’t feel that was a good match up. Janet got hits on hits but she should have a better person to celebrate with that’s all. Blessings….”