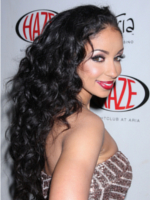 PRPhotos.com
Posted on February 27, 2019 by Pulse of Radio

MYA, CHILLI AND LIL KIM SHOOTING NEW VH1 SHOW: TMZ has reported that Mya, Chilli and  Lil Kim were recently spotted in Barbados shooting a new VH1 show called Girls Crew. The site reports that Barbados is one stop for the ladies, and they will be hiding to several other Caribbean islands while shooting the show.

JANET JACKSON TO LAUNCH VEGAS RESIDENCY THIS MAY: Janet Jackson announced that she will be launching her first-ever Las Vegas residency in May. Titled “Metamorphosis,” the show will kick off May 17th at Park Theater at Park MGM resort in Sin City and run until August. The show is described as journey through “the immensely private life” of Janet Jackson, as she shares her, “transformation from a young girl with self-esteem issues to global icon.” Through the show, she’ll share her path to empowerment, motherhood and activism, and, “encourage audiences to find their own light within themselves.” “Metamorphosis” will feature all her hits, deep cuts, “explosive” dance numbers, “electrifying” visuals and more – as well a special 30-year anniversary celebration of her global smash album “Rhythm Nation.” Tickets go on sale Saturday.

Check out Janet's "Metamorphosis" dates below: