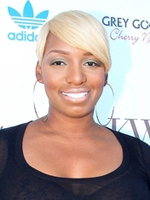 NeNe Leakes has opened up about her husband Gregg’s past infidelity. According to The Jasmine Brand, on NeNe’s new YouTube channel called, "The Life of NeNe," she said, “There’s a lot of things that go through your head. And people don’t know that. I want to show some love to all the caretakers because what goes through your head is — I’m just saying this for real, please don’t put this against me. I’m just saying this for real. As a caretaker, you start — it depends on where your relationship is. You look at the person and think about, you know people love to say, ‘Karma is a b**ch’ and karma this and karma that. Honest to God, I’m giving y’all the raw, raw, raw. You look at the person and be like, ‘What is that?’ Now, that ain’t right, right? But you’re human.”

She continued, “You look at the person and say, ‘You did so many different things to me. Is this the payback?’ You hope not. I’m taking about a caretaker, caretaker. ‘Maybe you’re getting it back from that time you cheated on me.’ You don’t never know. You don’t ever know. But as a caretaker, these are the thoughts that go through your head because the medication got them on a roller coaster ride, and they lash out on you. It’s a lot, it’s a lot.”

In other Real Housewives of Atlanta news, Porsha Williams have given birth to a baby girl. According to The Jasmine Brand, Porsha and her fiancé, Dennis McKinley’s daughter was born at 1:36 p.m. on Friday (March 22nd). She weighed 6 lbs., 15 oz.