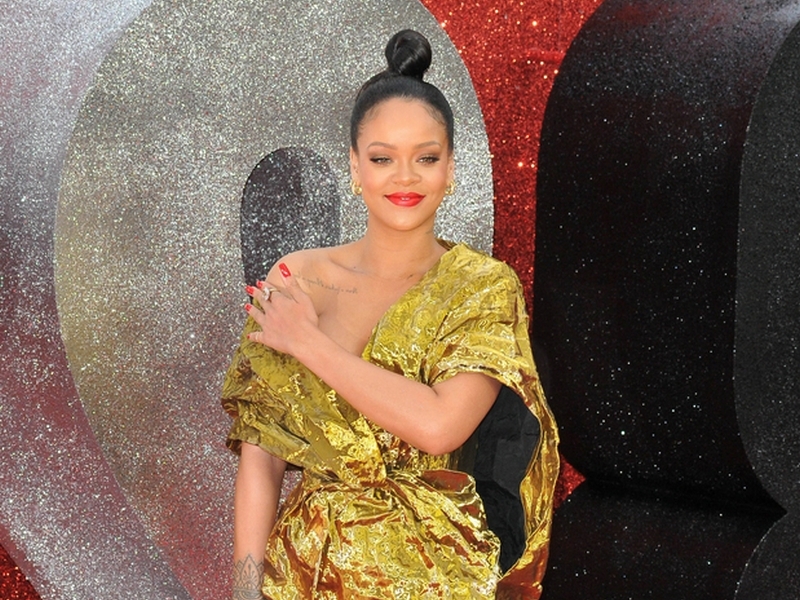 Rihanna has graced the cover of the latest issue of Interview magazine, where she opened up about her secret love life. Rih revealed that she has found happiness with her boyfriend, Hassan Jameel, saying, “I got into a new relationship, and it matters to me. It was like, ‘I need to make time for this.’ Just like I nurture my businesses, I need to nurture this as well. I’ll shut things down for two days, three days at a time. On my calendar we now have the infamous ‘P,’ which means personal days. This is a new thing.” When asked if she’s in love, Rih said, “Of course I am.”

On if wedding bells are in the air, Rihanna said, “Only God knows that, girl. We plan and God laughs, right?”

She also opened up about taking personal time for herself and why she hasn’t released a new album yet. On setting aside personal time, the singer said, “It’s only the last couple years that I started to realize that you need to make time for yourself, because your mental health depends on it. If you’re not happy, you’re not going to be happy even doing things that you love doing.”

She also said that her schedule is the reason why she hasn’t released an album in over three years. Rih explained, “It’s the reason why an album isn’t being spat out like it used to. I used to be in the studio, only the studio, for three months straight, and an album would come out. Now, it’s like a carousel. I do fashion one day, lingerie the next, beauty the next, then music the next. It’s like having a bunch of kids and you need to take care of them all.”

She went on to say, “It really does suck that it can’t just come out, because I’m working on a really fun one right now. I’m really happy with a lot of the material we have so far, but I am not going to put it out until it’s complete. It makes no sense to rush it, but I want it out. I’ve gotten to the point where I’m like, ‘Even if I don’t have the time to shoot videos, I’m going to put an album out.’”