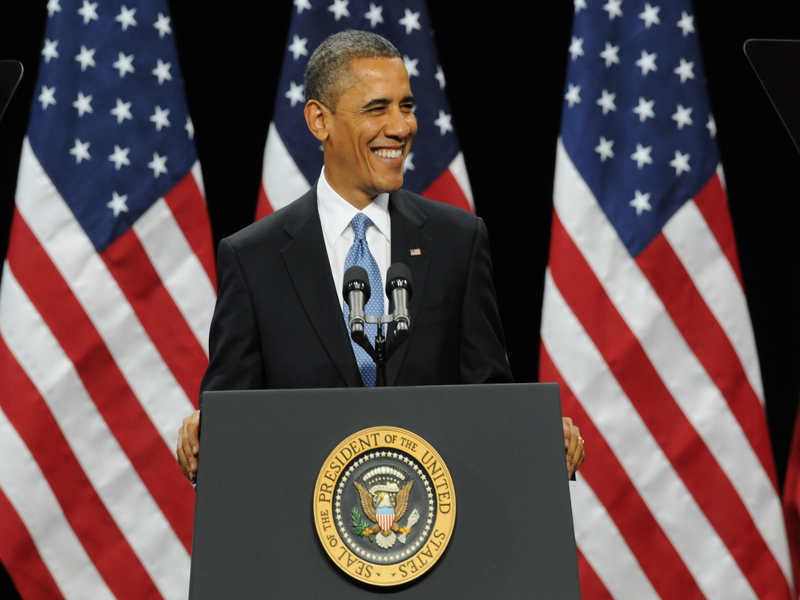 Barack Obama has graced the world with a playlist of his summer favorites. The former president took to Twitter on Saturday (August 24th) to unveil his lengthy summer 2019 playlist. Before shared the tracks, he wrote, “With summer winding down, here's a sampling of what Michelle and I have been listening to — some new, some old, some fast, some slow. Hope you enjoy.”

The playlist includes some of this summer’s hip hop and R&B hits. The former POTUS included Drake and Rihanna's "Too Good” and JAY-Z and Beyoncé's "MOOD 4 EVA" off The Lion King: The Gift album.

A Tribe Called Quest closed out the Obama "Summer Playlist 2019" with "Can I Kick It?"

Chris Harrison Leaves the Set, as First Pics of Clare Crawley Emerge Since Leaving ‘Bachelorette’
The Weeknd & Juice WRLD’s ‘Smile’ Gets A Music Video
The Weeknd, Roddy Ricch & Maluma To Perform At MTV VMAs
Kristin Wiig Calls IVF the Most Difficult Time in Her Life
Angela Simmons Is Off The Market
The Weeknd Releases ‘Smile’ Featuring Juice WRLD