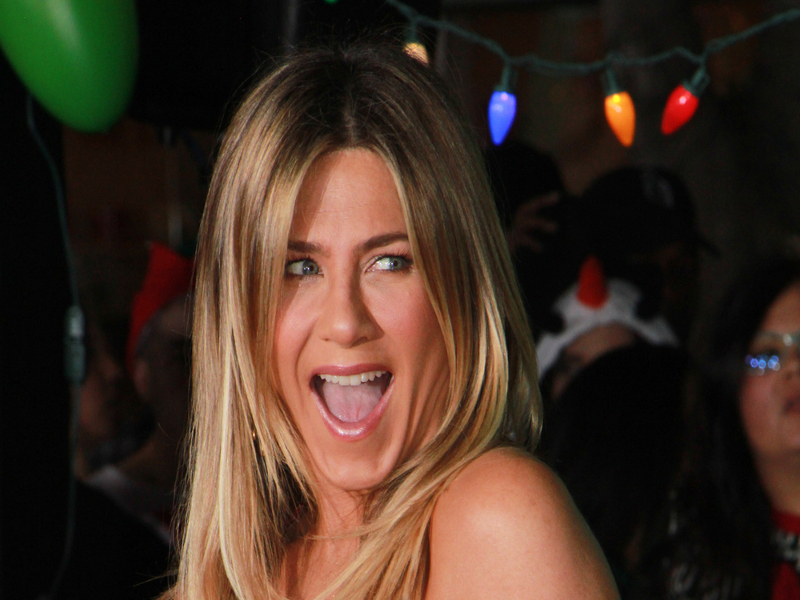 PRPhotos.com
Posted on December 9, 2021 by Pulse of Radio

Jennifer Aniston scoffed at the longtime rumor that she is dying to have kids in a new Hollywood Reporter Interview.

The Morning Show actress joked, “I haven’t seen a tabloid in so long. Am I still having twins? Am I going to be a miracle mother at 52?”

On a more serious note, she said she used to take it very personally when the tabloids would start pregnancy rumors, saying, “It’s like, 'You have no clue what’s going with me personally, medically, why I can’t … can I have kids?' They don’t know anything, and it was really hurtful and just nasty.”

The twice-divorced star added, “Men can be married as many times as they want to, they can marry younger women in their 20s or 30s. Women aren’t allowed to do that.”

Ezra Miller Is In Treatment For ‘Complex Mental Health Issues’
Jennifer Aniston, Jason Bateman, Eric Dane + More!
Kehlani Ends Concert Early After Fans Seemingly Pass Out In The Crowd
Jennifer Lopez And Ben Affleck To Have Three-Day Wedding This Weekend
Amber Heard Hires New Legal Team For Johnny Depp Defamation Trial Appeal
FBI Report Shows Gun In Fatal ‘Rust’ Shooting ‘Could Not Be Made To Fire Without A Pull Of The Trigger’